Vicki Kuftic Horne, President, Academy of Trial Lawyers of Allegheny County (2017) opened her practice in 1994 after nine years as an associate and later shareholder in a Pittsburgh law firm.  Ms. Horne is selective about the clients she will represent and the legal matters she will pursue.  She can do that as the principal of her own firm.  As a result, Ms. Horne has a lengthy history of successful civil jury trials and has served as trial counsel of record in more than a hundred cases.  She has represented both employees and employers and for 35 years has presented trials before juries, courts, arbitration panels and other forums.  A substantial component of her practice is providing consultation and advice to professionals in their employment relationships.

Her practice focus is in employment law, business and securities litigation. Ms. Horne has represented plaintiffs in courts and before administrative agencies in employment-related injuries and losses including whistle-blower, equal pay, FMLA, discrimination, harassment,  termination and retaliation; before the Financial Industry Regulatory Authority (FINRA) on behalf of investors and on behalf of brokers and advisors in employment matters; and in the trial of general business and civil claims. Ms. Horne is qualified by FINRA as a securities arbitrator.

Ms. Horne is a former Hearing Committee Member of the Disciplinary Board of the PA Supreme Court, has served as a lecturer for the PA Bar Institute and as an Arbitrator in the Court of Common Pleas. Ms. Horne is the former co-host of a local radio program “Investments the Law and You” on KQV radio, and  “Ask the Lawyer” and has frequently spoken on varied employment topics. She is an invited member of the Allegheny County Bar Foundation, is a member of the Allegheny County Bar Association and the Women’s Bar Association of Western Pennsylvania. She is a graduate of the University of Pittsburgh, School of Arts and Sciences as well as the School of Law from which she received her J.D. in 1982. In law school, she was the recipient of the Murray S. Love Mock Trial Court Competition award. 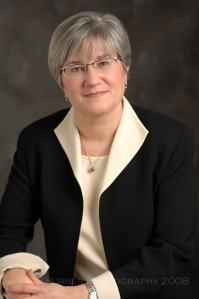